A brief history of the Academic Associates® Reading Program

Frustration is the Mother of Innovation

Cliff Ponder, founder of the Academic Associates® Reading Program, was an elementary school teacher and principal for 20 years and was constantly dismayed that some of the brightest students couldn’t read in spite of the best efforts of their dedicated teachers. He and his staff tried series after series of reading textbooks, took classes from highly-regarded reading specialists at several colleges and universities, and even obtained a grant and hired “experts” from a major university one year, but nothing worked consistently.

Cliff continued his search after leaving school administration. Finally, a profusion of new research burst forth from the emerging field of neuroscience. It included evidence that all language processing, including reading, occurs within narrow, task-specific areas of the brain. The studies were published in numerous books and journals, including a four-part multi-year study featured in Scientific American magazine.

With the help of the new evidence he began the development of what was to become the world’s most effective reading instruction methodology. Cliff’s goal was to make it possible for everyone to learn to read. After eight years of organizing and integrating all the data into small, easily understood components, he was ready to try the new method for the first time.

The first student Cliff tried his newly developed methodology on was Jacquie, a sixth grade girl who was struggling to read at third grade level. After only 28 hours of instruction, she completed the program and scored at eighth grade level on a standardized test. Her parents and teachers were amazed. Some called it a miracle. Others dismissed it as a fluke. It was neither. It was a simple matter of teaching Jacquie everything she needed to know about reading—plus one other factor.

That other factor was crucial—the course also taught her to process reading in the correct part of her brain. Conventional methods—and most phonics methods—try to teach reading to a part of the brain that can’t possibly learn to read. The brain becomes confused, and students are frustrated.

Next he tested it on an entire classroom of 18 seventh and eighth grade students at a private school. Special one-hour classes were held twice a week at the school. Beginning reading abilities ranged from third grade level to one seventh grade girl who was already reading at beginning college level.

After 36 hours of instruction during about 18 weeks, students were tested again. Every student scored at his or her appropriate grade level or higher. The average gain was 3.6 years, exactly one month of improvement for each hour of instruction. Those who made the most progress were those who were lowest at the beginning. The girl who had scored at beginning college level scored at mid-college level. Another fluke? No. It was no fluke. The results were electrifying. Subsequently, the principal of the school contracted with Ponder to run summer school programs in reading for several years.

In written English, letters are codes that stand for sounds. Say the sounds of the letters or combinations of letters of a word in order, and the words are pronounced naturally and automatically. Some letters and combinations make more than one sound, and students easily master them and a few rules for them. When students develop proficiency in decoding the sounds of the letters, they can read thousands of words. Reading becomes a logical, uncomplicated process. If this sounds simple, it’s because it really is.

“But I tried phonics and it didn’t work!”

Each week Academic Associates® Learning Centers around the world hear that from parents or school administrators and teachers—they “tried phonics and it didn’t work”. It is no wonder it didn’t work. A quick look will explain why. Most of the so-called phonics courses only scratch the surface. For example, the combination of the two vowels e and a (ea) makes 12 sounds, but only two or rarely, three, are included in other courses. Students are forced to guess when they come across a new ea combination. All 12 sounds are common and all are vital.

The Academic Associates® method is presented in small, logical, sequential steps. It is the first method to actually provide a specific, step-by-step protocol for teaching students to read. As each tiny step is presented by the teacher, students respond and automatically begin to read. They can’t help it!

Students must learn all the steps in reading in addition to that crucial first step.

Students from four years of age to 72 have learned to read with the new method. Although they typically began as the poorest readers in their schools—some with dyslexia, ADD, ADHD, autism, Aspergers syndrome, stroke, developmental delay, fetal drug and alcohol syndrome, Savant syndrome, Tourette syndrome, auditory processing deficit, etc.—the Academic Associates® method taught them all to read.

If students can speak reasonably well, they can learn to read. Even students with various disabilities can be helped to the upper limits of their capacity. The word breakthrough is widely overused these days, but would you call this a breakthrough in reading instruction? Many parents and teachers do.

Teach Others to Read

Faith Manguba began her career as a classroom teacher. After teaching for several years and seeing the need for students to learn to read, she started her own reading business, using the Academic Associates® Reading Program to teach kids to read.  She was doing this out of her home, thinking she’d only teach one to two students for a while. However, the program was so successful that she went from teaching two students in February to 30 by summer.

With her growing clientele, Faith needed a space of her own.  Her first stand-alone center opened in the summer of 2011 and has been able to grow her services to serve students in multiple communities and various schools.  Since starting, she has had the privilege to serve hundreds of students- teaching non-readers and turning them into readers. Faith became president of the Academic Associates® Reading Program in June 2016. 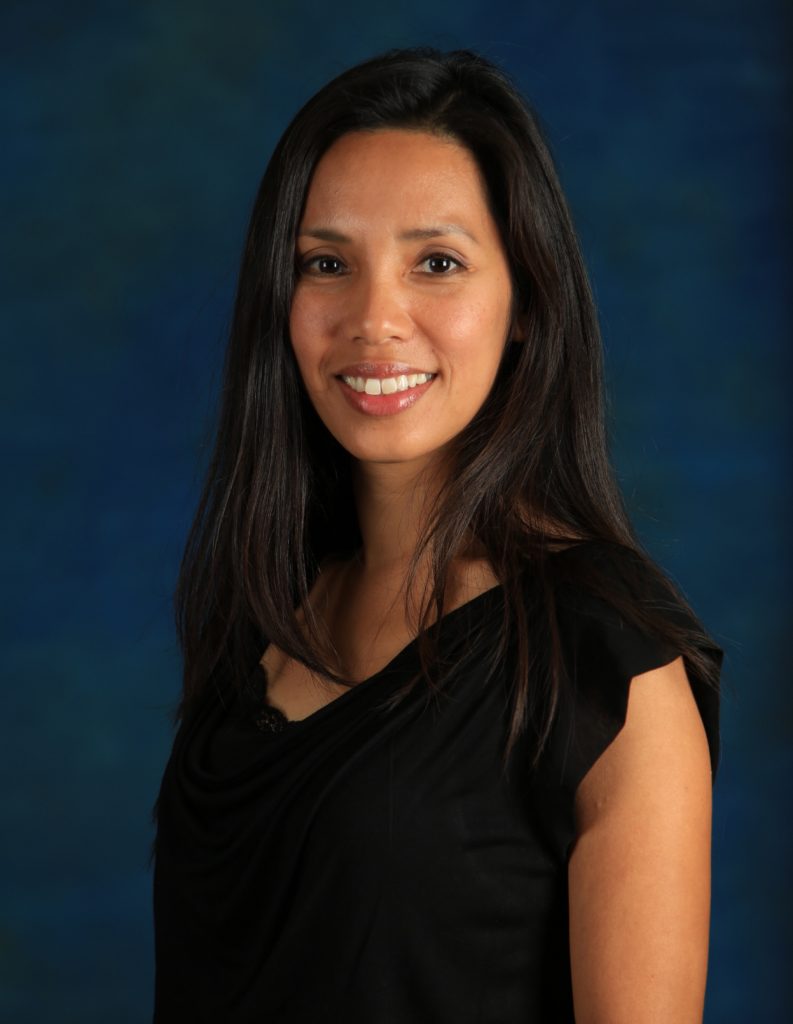 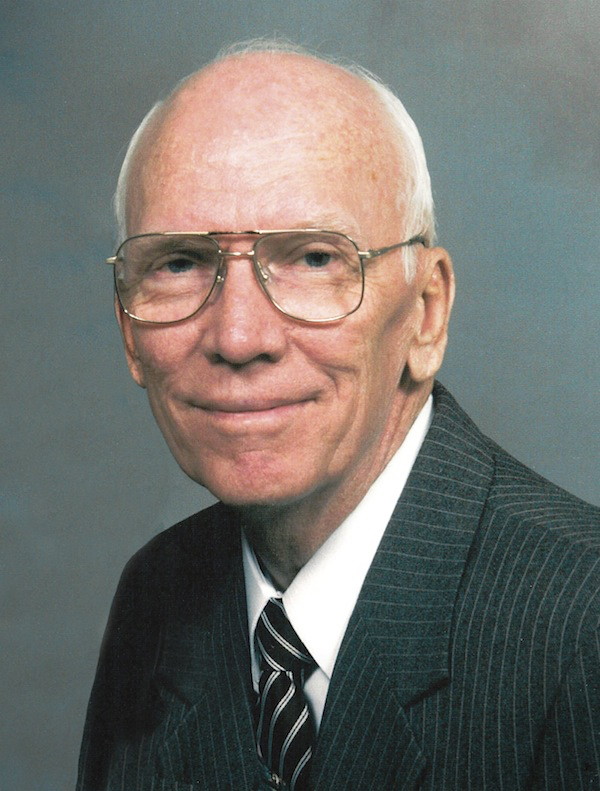 Cliff Ponder, an elementary school principal and teacher for 20 years, was frustrated that large numbers of students couldn’t learn to read. After leaving school administration, he bought into a franchised reading center. Recognizing that it had many flaws, he spent years devising his own program. He discovered some exciting new research on the neural architecture of the brain and began developing a logical, step-by-step method of teaching reading that would work in harmony with the brain, calling it the Academic Associates® Reading Program. This program has helped thousands of students of all ages in hundreds of schools and learning centers around the world. Cliff Ponder had over 50 years of experience as an educator, and has left behind a legacy, being recognized as the world’s leading authority on reading instruction. Faith Manguba, is a testament of the success of teaching this elite program and proudly accepted Cliff’s full endorsement and appointment as his predecessor as President of the Academic Associates® Reading Program nationally and internationally.

…learned to read in 4 hours and was able to read 100 words.  Her confidence is soaring.

“He needs to read at his grade level.”

…no longer needed to be pulled out for reading in school, became an honor roll student each quarter, graduated program at 10-11th grade reading level in 5 months, went from being towards the bottom of his class to being towards the top of his entire 6th grade class on standardized test scores

…learned to read after only 3 short hours- before kindergarten

Her mother brought her so she could do better at reading and spelling.

…tested at grade 6 reading level- a gain of 4.5 years after 48 hours. She has been on the honor roll at school.

“She’s fine reading, but when she needs help, I can’t teach her very well because I grew up speaking a different language.”

…began reading at a 5th grade reading level after only 30 hours!!

Teach Others to Read